American aerospace engineer and entrepreneur Dennis Tito founded the firm in 1972 with three employees. Since then it has evolved into a global advisory company with ground-breaking investments, consulting, technology and world-leading market indexes such as the benchmark Wilshire 5000. The company has a history of firsts. In 2001, its founder became the world’s first space tourist visiting the International Space Station. Other firsts included indexes that became industry standards, institutional investment consulting and proprietay analytics technology. Nobody had ever told their story until we came along. We positioned them on their strength: providing investors the full picture better than anyone and developed a memorable identity for a memorable company. 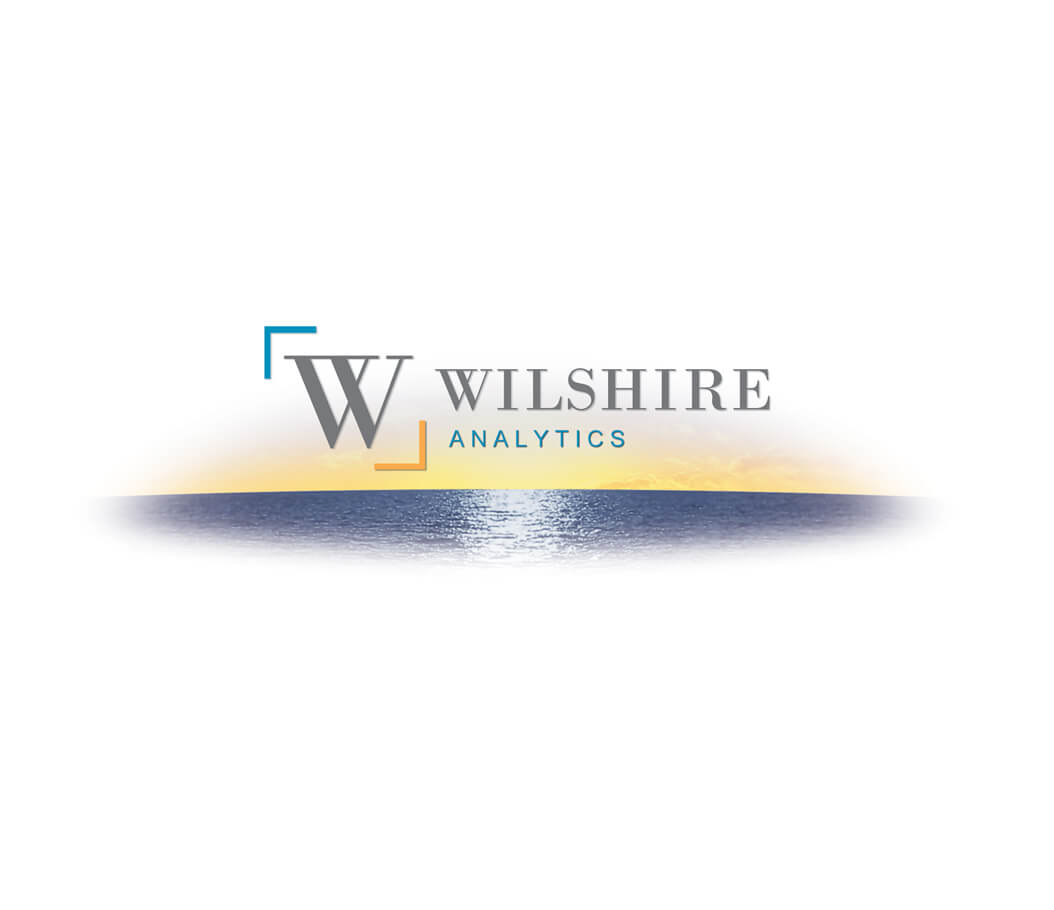 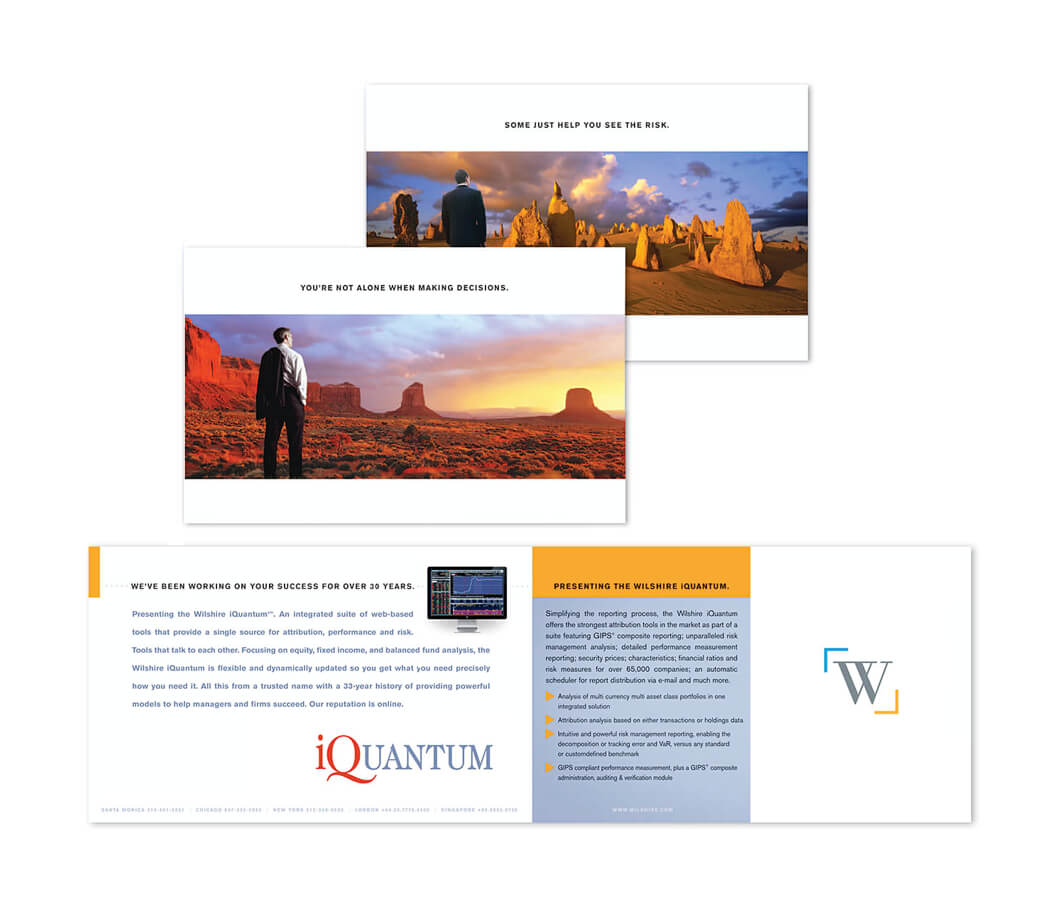 A huge part of their marketing strategy were global, luxury, events for institutional investors. For that to work they needed decision makers to attend. We develped advertising for the financial trades that targeted their audience includeing print, online and direct response. Our research showed that in this uber technology world, direct mail got the best response.  The result was high attendance city after city by crucial market leaders. 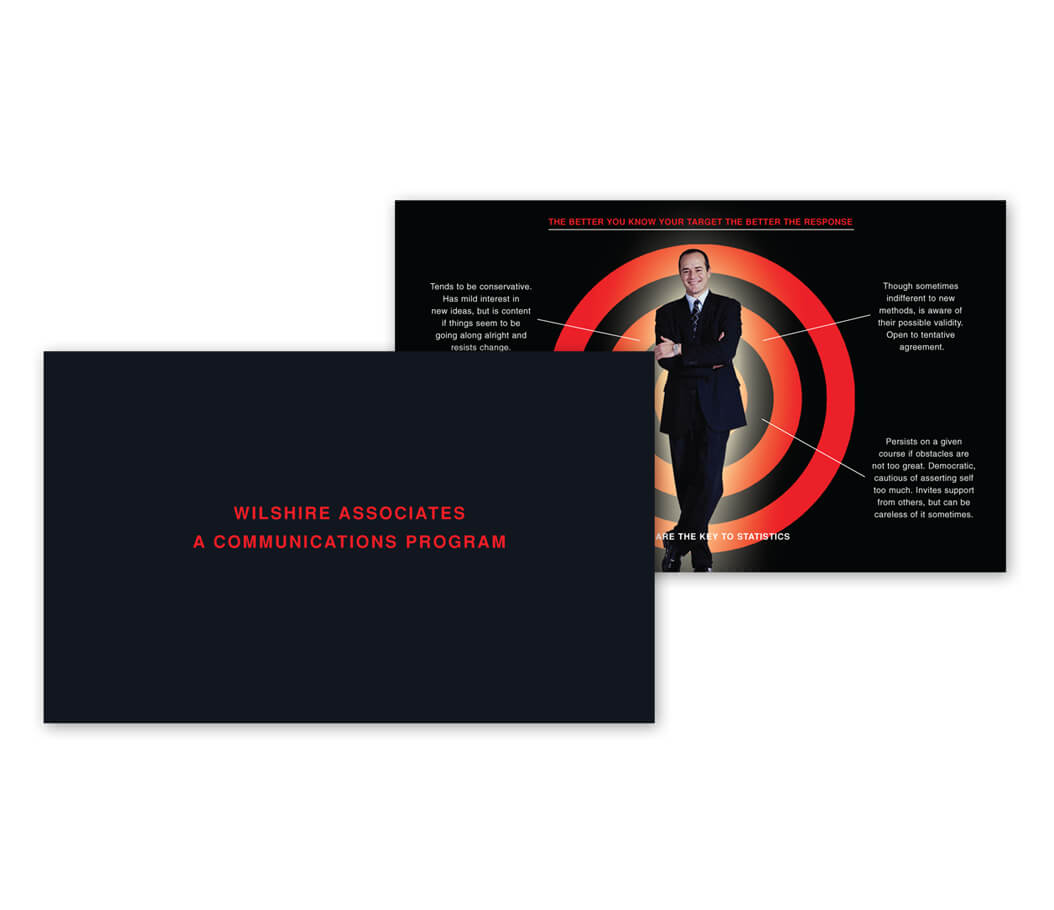 We developed a Communication Program for Wilshire Associates that covered everything from strategy to media to creative. Our tactics kit was meant to be used as an outline for their brand development into the future even if we we not involved — it was a touchpoint for all stakeholders to find common ground and make the sometimes contentious process of marketing communications smoother and more effective.